The Real Cost of Solar in San Diego

You’ve heard all the hype surrounding solar; you’ve probably heard of the substantial benefits and have already resolved that it’s the best choice for powering your home.

But the real question that’s nagging at you isn’t “is solar better?”—the question is “what is it going to cost me and is it worth it?”

There are so many variables involved in summing up the true cost, and skipping from site to site looking for an accurate estimate can get rather confusing.

That’s a lot of variables to consider.

The good news is, that if you live in an average residential home in San Diego, California, we’ve already considered all the variables for you!

So, instead of spending hours playing detective and mathematician, you can spend five minutes or less reading this article to get what you need to make an informed decision about purchasing solar. 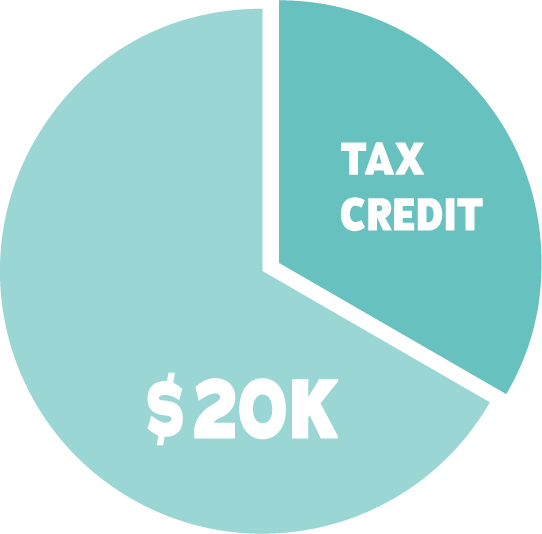 For the purposes of this article, we’ll be looking at the cost of a 9.27 kW (kilowatt) solar installation. That is the average system size purchased by our residential clientele in San Diego.

The cost of a system that size in San Diego averages about $3.13 per watt. So, we’re looking at $29,015.10 for an initial solar installation, before credits and incentives.

The most sizable incentive available right now is the federal tax credit of 30%. This means that the initial investment price can drop down to $20,310.57. That’s a substantial difference!

But you need to know that this is only available for those who PURCHASE solar.

The vast majority of solar companies today are trying to sell leases or Power Purchase Agreements, in which the company that “owns” the system receives the tax credit, not the consumer, leasing the system.

Under these agreements, the developer arranges for the financing, installation, and upkeep of the system, but charges the consumer a fixed rate for the solar power generated by the system.

So, really it’s not much different than paying your utility company. The rates are better, but the savings are significantly less than purchasing your own system outright.

That being said, purchasing your system doesn’t mean that you have drop $20K in cash all at once.

Some solar companies offer financing options that, not only allow you to make smaller, easier payments, but can also bring additional tax incentives on top of the 30% federal tax credit.

Now that we’ve established how much solar is going to cost you in the short-term, let’s take a look at the return.

On a San Diego rooftop, a typical 9.27kW system will produce approximately 14,461 kWh (kilowatt hours) of energy for your home every year. That’s an average of 1205 kWh each month.

Note that we are looking at a “typical” system. There are far more advanced systems available that can produce 8% – 20% more kWh per watt of installed system capacity. The initial investment can be higher, however the long-term savings will also increase, cutting the overall pay-off time down.

We’ve all felt the sting of the ever-climbing utility rates in San Diego. And these last few years have been particularly painful, as not only have rates risen again, but also the pricing system has been fundamentally altered.

Over the last few years, the way utility companies have priced power has changed significantly. Until 2016, usage was categorized into 4 tiers, each priced significantly higher than the one preceding it. At the beginning of 2016, this was condensed to a 3-tier system. 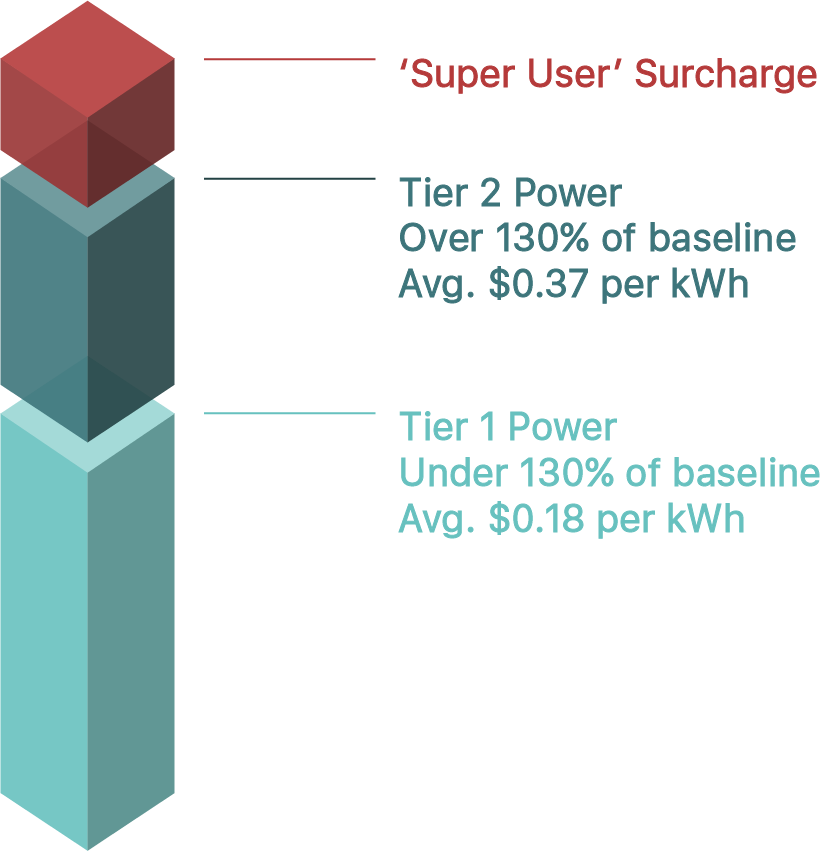 And now, in 2017, the system has condensed down to 2 tiers, plus a “super user” surcharge that will be added this summer for anything used over tier 2.

Let’s take a look at how this tiered pricing system affects what solar will save you on your bill.

We’re using SDG&E’s pricing system as the baseline for our calculations, since they are one of the biggest electricity providers in coastal and inland San Diego.

Typical Annual Usage for a Household in San Diego 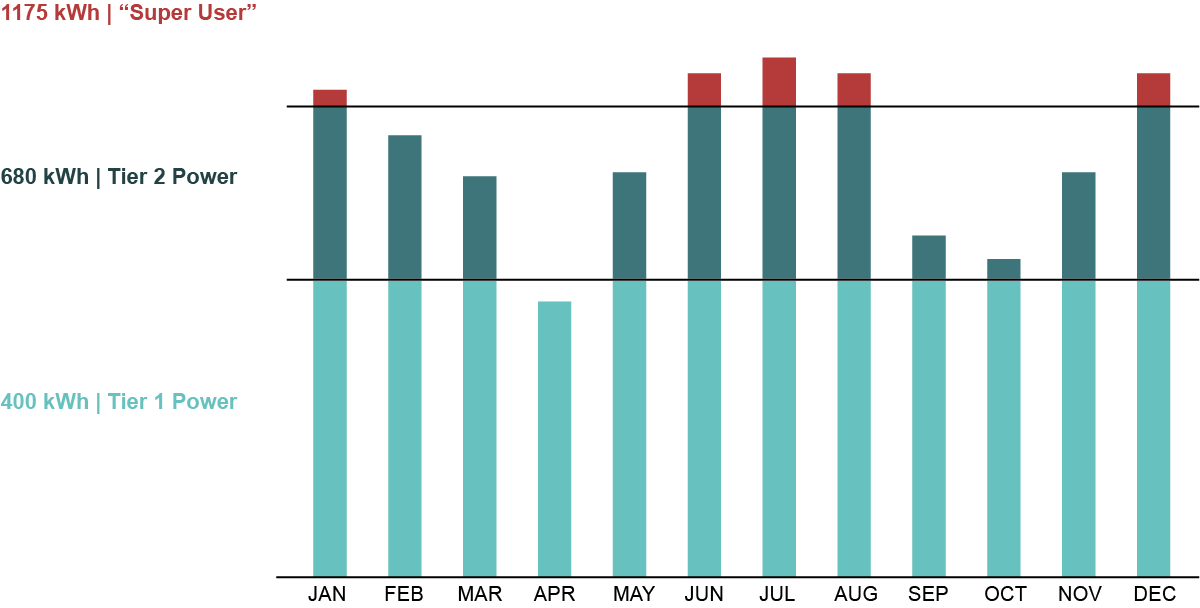 While tiers 1 and 2 are based on a percentage of the baseline, the baseline is variable—changing based on season and based on region.

This is a look at 130% of the baseline in kilowatt hours each season. For the sake of brevity, we’ve chosen to focus only on inland and coastal areas.

In utility terms, there are only two seasons. Summer runs from May to October and Winter from November to April.

Like the usage baseline, the rates for each tier of electricity also change based on season—summer and winter. 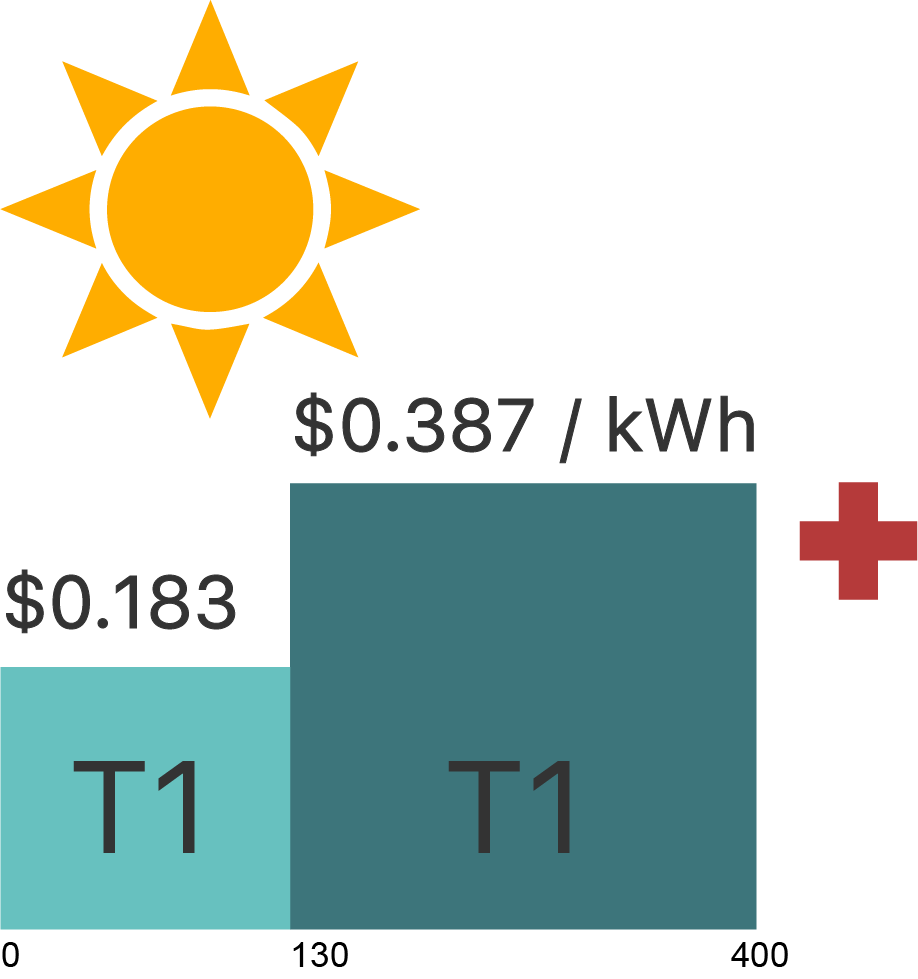 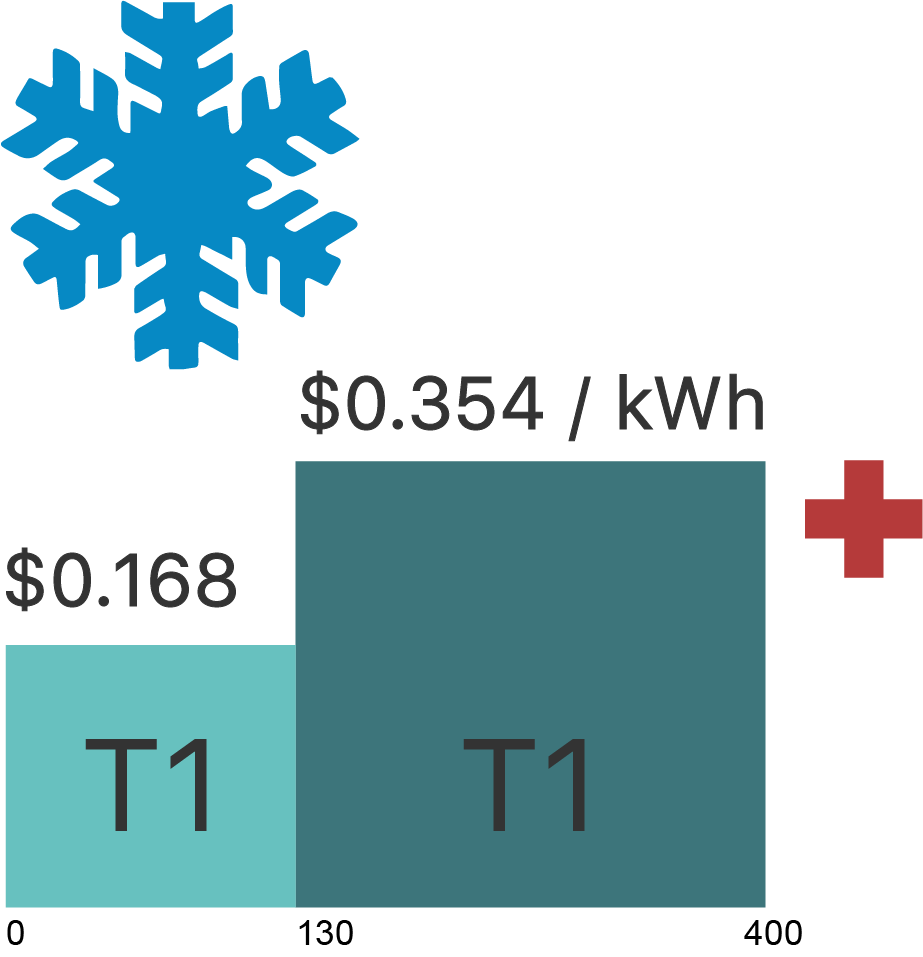 Starting this summer, SDG&E (as well as many other utility companies), are implementing something called a “super user” charge. This charge applies to power usages over 400% of the baseline, which is around 1176kWh.

This means that if you are using over that amount power, which is very probable if you are a San Diego resident, then you will be paying even more on the difference.

Though the specific rates have not yet been released, the differential between tier 1 power and the “super user” charge is projected to hit around 119%.

This means that by going solar, you’re eliminating the “super user” surcharge, saving you much more per month than you already would be with the typical pricing system.

Residences with this size installation are using on average about 900kWh per month (10,800kWh per year) before installing solar, and almost always, they use more after the installation.

By those calculations, you would save at least $2717 and as much as $4035 annually living in Inland San Diego.

There are other factors that affect how much you could be saving by switching to solar.

Bigger installations will cut into more Tier 2 power and are often discounted by solar companies. This means that the bigger the installation, the more you’ll be saving each year and the quicker your system will pay for itself.

Some solar companies offer financing options that, not only allow you to make smaller, easier payments, but can also bring additional tax incentives on top of the 30% federal tax credit.